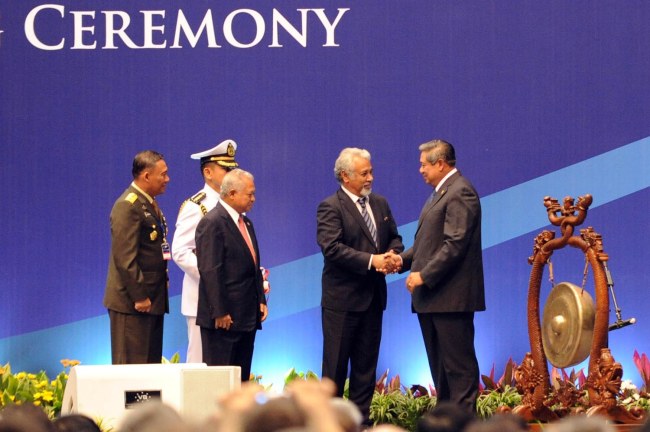 Here’s my latest post on The Strategist, and kudos to the executive editor for letting me keep the phrase ‘dropping the mic’.

One of the main features of the Indonesian President’s speech to last week’s Jakarta International Defense Dialogue was the concept of ‘strategic trust’. Admitting this was difficult to define, he referred to it as ‘an evolving sense of mutual confidence between nations – particularly between government and militaries’ that enables parties to work together more effectively and, more importantly, peacefully.

President SBY offered two examples from Indonesia’s own history where strategic trust has been the glue in otherwise shattered relationships: between Indonesia and East Timor (a poignant reference given East Timor’s PM Xanana Gusmão was sitting in the audience), and between the Indonesian government and GAM in Aceh. His message is that it’s something that can bring bitter enemies together very gradually over time, ‘brick by brick’, and it has to reach from top leadership to the bottom rung.

END_OF_DOCUMENT_TOKEN_TO_BE_REPLACED

I’ve just returned from a trip to Jakarta so with Indonesia on my mind, it’s a good time to share some of the recent Indonesia-related posts I’ve written on The Strategist, starting with Australia’s stated defence policy on Indonesia: 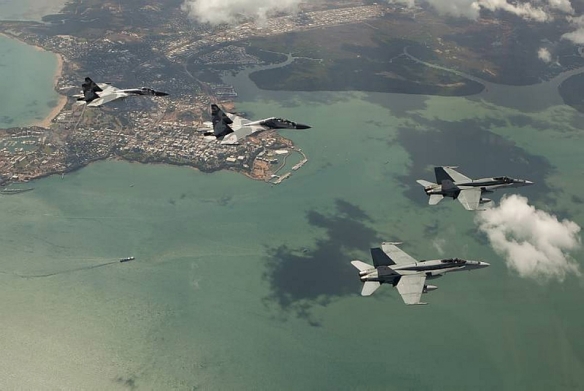 Australia’s leaders from both sides of politics have been paying greater attention to Indonesia; there’s been more official engagement, as well as new diplomatic and defence initiatives in the past year. And we’ve been describing Indonesia, as our Defence Minister has during his Jakarta visit last week, in more important terms like ‘strategic partner’.

But it looks like that there’s some way to go before ‘strategic partner’ becomes more than just a term of endearment. If we look at the 2009 Defence White Paper (for the time being still the government’s defence strategic policy), we find a curious ambivalence towards Indonesia. According to the White Paper, we have a ‘fundamental interest in controlling the air and sea approaches to our continent’ (paragraph 5.5). But in reference to a secure immediate neighbourhood, it says we should prevent or mitigate ‘nearby states [from] develop[ing] the capacity to undertake sustained military operations within our approaches’ (paragraph 5.8). There’s a contradiction there; as Hugh White notes in his Security Challenges essay (PDF), it may very well be those same capabilities Indonesia requires to ensure its own security in its northern approaches that could be instrumental in both Indonesia and Australia securing their strategic interests. END_OF_DOCUMENT_TOKEN_TO_BE_REPLACED