Over the last few weeks I have been in correspondence with various officials from Defence, discussing the specifics and the impact of the upcoming Australian MultiCam Pattern (AMP). This new pattern is being developed by Crype Precision for the ADF – you can read more about this in an earlier Security Scholar article, here.

The following is a series of official responses from an ADF spokesperson to some of my questions:

Will the new AMP pattern follow the British MTP example and feature Crye’s MultiCam palette with a modified design, or are the colours being adjusted in any way?

Response: The prototype pattern has retained the Crye Multicam palette as it is these colours that have proven to be effective in Afghanistan. During the testing of the Australian Multicam Pattern Defence will confirm both the pattern and the palette meet the requirements for Afghanistan as well as examining what changes, if any, would improve its performance across the range of environments where Australian troops are operating.

Will AMP be tested prior to manufacture of new uniforms, or is considered similar enough to MultiCam that further testing won’t be necessary?

Response: Testing in a range of representative environments is already underway.

Will the new Operational Combat Uniform be manufactured from flame-resistant fabric and, if so, have you addressed concerns with the durability of this material?

Response: The fabric for these uniforms will be manufactured in Australia. Defence has received responses from Australian industry as part of the Invitation to Register Interest that was recently released and this information is being used to inform the decision on the final uniform configuration. Concurrently Army Headquarters has tasked the Defence Science and Technology Organisation to analyse the use of flame retardant materials in combat uniforms to determine if there is an operational need for these types of fabrics.

Will AMP pattern uniforms be issued to troops serving outside of Afghanistan?

Response: The pattern has been procured to meet an operational requirement for Afghanistan as a result of user feedback from the Special Operations Task Group and more recently Mentoring Task Force 3. Defence will examine its suitability in a range of other operational environments and this information will be used by Defence to determine its future requirements.

There are a few interesting points to take away from this. Firstly, we can confirm that the AMP pattern will follow the British Multi-Terrain Pattern (MTP) in featuring Crye’s familiar colour palette, with a slightly modified design. I anticipate that, like the British did, we will modify the design so that it is more reminiscent of our existing (DPCU/DPDU) camouflage patterns. Secondly, testing is apparently already underway in a “range of representative environments”. No word on what the breakdown there is, or on the testing methodology, but the results will certainly be interesting. Thirdly, I’m surprised that the Defence Science and Technology Organisation (DSTO) has been “tasked to determine if there is an operational need” for flame-resistant fabrics – I would have thought this had been covered already. No word yet on the durability of any proposed fabrics, though I trust this will be taken into account due to the recent issues with Crye uniforms. Finally, it is interesting to note that there are no plans – at this stage, at least – to issue AMP uniforms to troops serving outside of Afghanistan.

Update 21/10/2011: Soldier Systems Daily has added a little more to the picture, citing our article here. They note, in relation to durability issues with FR fabrics:  “It seems, the Australians specified an older blend of TenCate’s Defender-M fabric. A newer version with twice the tear strength has been in use by the US Marine Corps for well over a year and for the last few months by the US Army.” With any luck, the DSTO will quickly conclude that fire-resistant fabrics are rapidly becoming the norm in modern combat uniforms, and fast-track the transition to newer, more durable FR fabrics.

UPDATE: You can find information on the finalised pattern here and here. 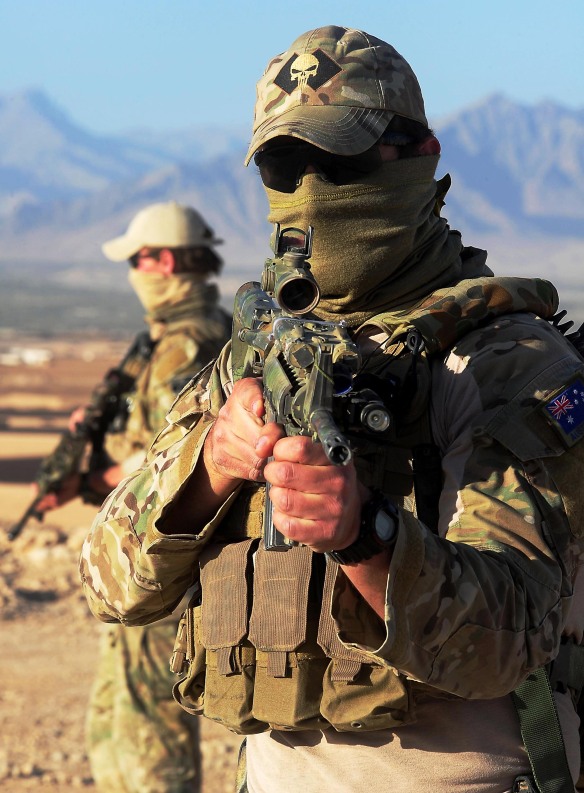 Photo courtesy of the Department of Defence