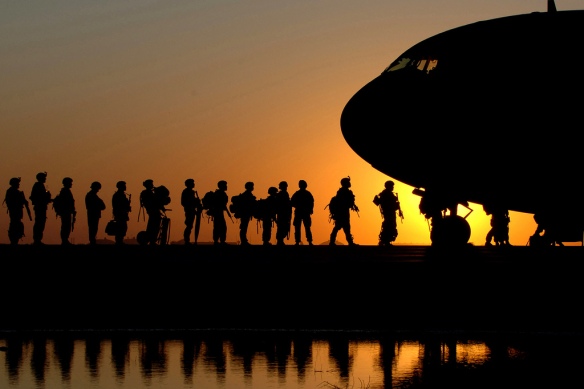 Of the Defence issues raised over the past 12 months, none has been more controversial than the government’s decision to lift a ban on gender discrimination in the military which means women are eligible to serve in close combat units, including special forces.

In Australia, we value the principles equality and fairness and the right of the individual not to be discriminated on the basis of race, religion, age or gender. But there are specific challenges to applying a rights-based approach to the profession of the arms. This is because there are strong historical and cultural legacies surrounding ideas of the military, warfare and masculinity.

Historically, the military and warzones are not imagined and understood as a context for women as soldiers. Australian women appeared in support roles such as nurses, drivers, workers, mothers and later carers of returned soldiers. In this sense, gender reform is not just about enshrining the equal rights for women in the military but must, over time, break down traditional, cultural and historical understandings of warfare, the military and masculinity.

This is challenging because in the military, while the individual is important, the “group” (that is, the military) and survival of the nation and its interests are paramount. Resistance towards women in combat has focussed on an assumption that there will be degradation of physical standards and hence overall force effectiveness. But provided women can meet the physical requirements for the role, there should be no reason this would be problematic.

Yet further objections to women in these units include their being a threat to cohesion. That is, women will be a source of distraction, causing sexual competition between male soldiers and create added liability as male soldiers protect their female counterparts before others. In this way, women are framed as an undesirable inclusion that undermines the profession. This is part of the challenge introducing a rights-based approach in the military as cultural acceptance of equal treatment between men and women must catch up to legal changes.

Some have argued that there’s little point to enshrining equal opportunity in the military. As the argument goes, few women would pass combat corps physical tests so there would be a disproportionate increase in cost. These costs could include upgrading facilities to accommodate both genders, adjusting living quarters in submarines, providing more medical services specific for women’s needs, and developing new body armour, amongst other requirements. In Canada, despite having combat arms open to women since 1989, combat troops count only 3.8 per cent among its ranks (some put the figure of women in combat roles as low as two per cent). And while women have been eligible to apply for selection in New Zealand’s elite special forces unit, the Special Air Service, none so far have been successful. It is likely that Australia will also not attract a large proportion of women in close combat roles.

However, this is not just about numbers. Costs are a consideration, but for a society that values and upholds rights, cost inefficiencies are recouped by the broader gains. Promoting fairness and equality in Australian society is an achievement that is less easily measured, but is necessary and valued.

It doesn’t help that some see lifting the ban on women in combat as a purely political measure taken by Defence Ministers. The perception that gender reform was politicised makes wider cultural acceptance of women in the military more challenging. If women are qualified and willing to undertake combat roles, they should also be given every chance to succeed. This means preparing for the implementation of gender reform by acknowledging the practical challenges like cost and infrastructure and proceeding in spite of the political motivations.

Another issue to consider is that, in spite of women’s eligibility for all roles in the military, those in close combat are seen to be valued more than those in non-combat or support roles (this has been reflected, for instance, in patterns of military promotion). And the same applies for men. Part of breaking down ideas of masculinity and soldiering also involves valuing the contribution of men in non-combat roles in the military. This point has often been elided in discussion about gender and the ADF but is important to the debate.

The military has already taken some steps towards implementing gender reform. All jobs in the military will be based on merit with all candidates required to pass gender-neutral physical tests. These tests are based on corps-specific tasks so Infantry candidates must complete a casualty drag simulating a combat situation whereas Combat Engineer candidates must lift heavier weights simulating the equipment used (the author received this information during a September visit to a Reserves unit). In the past, there were different physical standards for men and women in an attempt to recognise the physiological differences between the genders and increase the recruitment of women. This will be instrumental in breaking down ideas about women as weak and vulnerable but time is also needed to normalise and further legitimate the idea of women working alongside men in close combat roles.

Overall, Australia is a fair and progressive country and we should continue to push forward for gender equality. It will take the will and hard work of select groups of women in close combat roles, and the assistance of the ADF and the community, to mitigate (but not eliminate) the perceived risks of promoting women’s rights in this field.

With Australian, Canadian, British, American, New Zealand, Danish, Norwegian and Dutch forces in combat roles in conflicts including Afghanistan and Iraq, women have been on the ‘’frontline” and have found themselves inadvertently in close combat circumstances. There is no shortage of data and information to collect from both male and female operators about their experiences that can be used, in supplement to principles of equality and fairness, to shape our policymaking in pragmatic ways.

The elimination of gender discrimination will go some way in reforming parts of Defence culture. And ultimately, one day the idea of the soldier will resoundingly also include women.

Natalie Sambhi is an analyst at the Australian Strategic Policy Institute (ASPI) and editor of ASPI’s blog, The Strategist. The views expressed here are her own.

This article was first published by the online human rights magazine Right Now as part of their September focus on women’s rights and is available here. Image courtesy of Flickr user US Army.