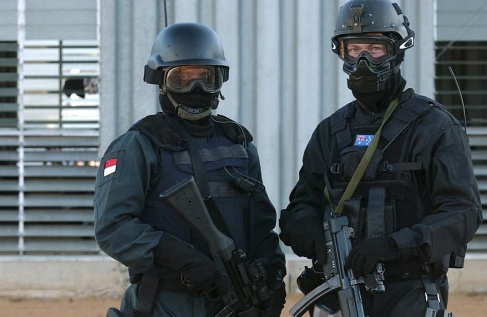 In today’s Canberra Times, Athol Yates highlights the foreign policy use of the ADF. He states:

Employing the military internationally for both hard (military) and soft (non-military) power purposes has become an effective sign of the government’s international relations intent. For example, having the Air Force’s C-17 with its distinctive Australian livery arrive in Japan following last year’s tsunami visibly signals Australia’s solidarity with the country far more than providing funds to country-independent organisations such as the Red Cross or funds such as the Pacific Disaster Appeal.

Another example is the relationship between the SASR and Indonesia’s special forces unit Kopassus as an important part of Australia-Indonesia relations and an extension of Australia’s regional foreign policy goals.

The relationship has been an important component of rebuilding Australia-Indonesia military ties after they were cut in 1999 in response to allegations of human rights abuses by TNI in East Timor. The reinstatement of SASR-Kopassus ties in 2003 simultaneously addressed a need to further develop a counter terrorism capability as well as repair the defence relationship.

The units now conduct a number of training exercises, sharing skills and cooperation in areas such as counter terrorism and jungle warfare. The relationship has also extended into other capability areas with a number of Kopassus members undertaking Defence-sponsored English language study from May to June this year, supervised by SASR personnel.