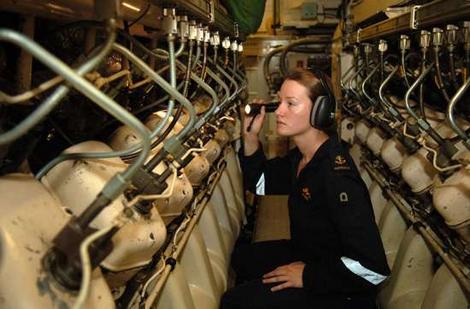 In the wake of the decision to open all roles of the ADF to women, much attention has lingered on the physical and psychological dimensions of close quarter combat. There are legitimate concerns about this, and I will examine them in forthcoming posts, however less attention has been given to the strategic implications of opening up all roles in the ADF and the contribution of female personnel.

One example is that the inclusion of women augments the recruitment component of Australia’s strategic posture laid down in the 2009 Defence White Paper (PDF). In light of China’s rise and the shifting geo-strategic environment in the Asia Pacific, submarines are a seminal part of Australia’s asymmetric approach. However, with chronic manpower shortages, crewing one of our most important capabilities has been challenging. Limited female quarters had denied women certain postings and negatively impacted career progression, further restricting the size of submariner crews. In the course of Tuesday’s historic announcement, the Minister for Defence Science and Personnel, Warren Snowdon, noted that shared bunk space allowed women to be integrated into the working space on submarines. For a service that is already under strain from under-staffed submarines (the RAN is even recruiting foreign service personnel to make up submarine capability shortfalls), the navy is now able to draw from a larger pool of able personnel.

This point illustrates the fact that, at the very least, the inclusion of women in all roles of the ADF is a complex issue that requires well-planned solutions but, if handled properly, promises to pay long-term strategic dividends for the nation.

2 thoughts on “The strategic implications of a gender equal ADF”