Feminist and UWA Honours Student (Political Science and International Relations), Jessica Hodder, provided a very considered reply to my original post on females in international relations. I have provided my reply by way of a separate post. These posts form part of a debate spurred by Rodger Shanahan on the Lowy Institute’s blog, The Interpreter. 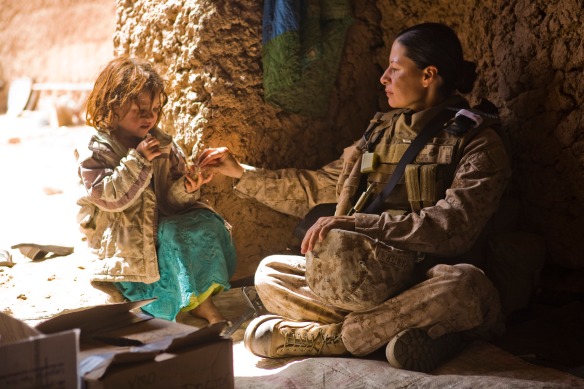 Thanks for the reply. You raise some interesting socio-cultural/socio-economic points related to women in international relations, many of which I agree with. Couple of points, however, regarding under representation and “reconceptualisation”.

I think there is a related issue with under representation, that of female exceptionalism which goes some way to explaining why, although under represented (a point of Shanahan’s I do not exactly dispute), women are more visible than men in certain contexts. Female exceptionalism, to me, means that a female (and her work) garners attention simply on the basis that she is a female. The military is an example of such a context. The presence of women is treated as some sort of extraordinary and feted in a very specific way. The use of Female Engagement Teams in Afghanistan is an example of this insofar as they are simultaneously promoted as important inclusion to the modern military but treated as an Other (I have written about Afghan female exceptionalism resulting from FETs in practice here). For the time being, it is not necessarily something that can be helped, but it is something to be aware of.

However, the more interesting point of yours I wish to engage concerns the meaning of “reconceptualisation”.

First, there is no inconsistency in my efforts to underscore the contribution of a small number of brilliant women in the field while simultaneously highlighting latent discrimination. These women have succeeded, at times, in spite of latent discrimination and female-unfriendly environments. Their participation goes some way in transforming the field but what I observe is that this transformation has not gone far enough to eliminate institutional and cultural inhibitors against greater female participation.

This relates to my second point; that, in this regard, “reconceptualisation” is not only necessary, but an inevitable and inherent development resulting from increased female participation. I’ll use an example to illustrate what I mean. The role of diplomat was historically dominated by men. At the very least, there was an expectation that a man could be posted overseas and dedicate his time uninterrupted to the role. Nowadays, there are many more women in diplomacy, many of whom do not, and should not, have to choose between children and career success. Recognising the changing nature of the field and its participants, foreign ministries have responded by reconceptualising the role of diplomats. The duties of a diplomat may not have changed by the ways in which they can be discharged encourages, rather than deters, women from assuming the role without sacrifice.

The best example of this (which I came across in 2009 while thinking about my own future choices) is the introduction of job-sharing between diplomats who were husband and wife. With both posted overseas, both are able to develop their careers and balance child-rearing. It is not a perfect system, but it is an example of recognition that, with greater female participation, the field must evolve (lest it lose valuable talent), and the idea of “diplomat” must somewhat be reconceptualised. This is not an aberration of the practice; it is one that is gaining greater currency, evidenced here, here and here. That said, there are many other institutional and cultural inhibitors repelling women that remain untouched.

I imagine we both mean and are after the same thing. Noting your final point, however, it will take more than merely “more women” in the right positions. It is about the right women, the right solutions, and ultimately, transformation of the system itself.

Image courtesy of US Department of Defense.